Nebraska first began registering automobiles statewide in 1905. Motorists were issued circular discs of aluminum bearing a number which was to be made on a license plate by the owner. The practice of motorists providing their own tags lasted through the end of 1914, producing over 60,000 plates – many of which survive today in collections. Nebraska pre-states are among the most easy to obtain today given the relatively high number of registrations, and the fact that the dry climate facilitated preservation of the materials. The majority of Nebraska pre-state licenses are leather pads – as one might expect from “the beef state” – with house numbers attached. Nebraska licenses from the 1905-’14 era can be identified by the initials NEB, or on certain earlier plates (lower numbers): NA 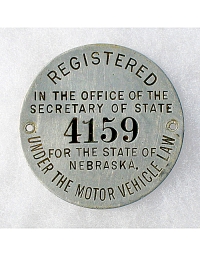 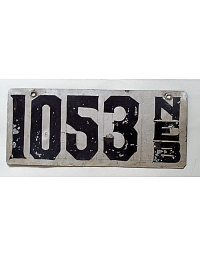 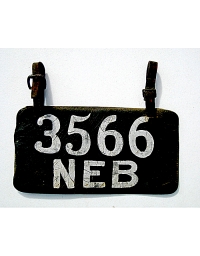 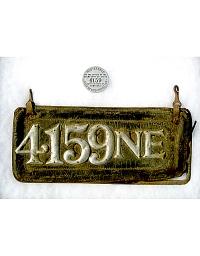 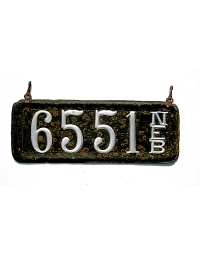 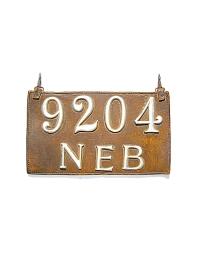 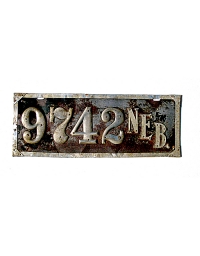 There are no locally issued license plates from any Nebraska municipality during the 1905-’14 period. 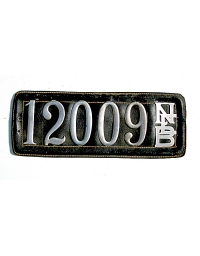 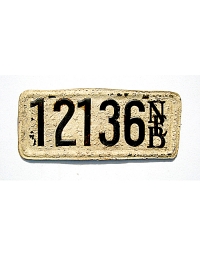 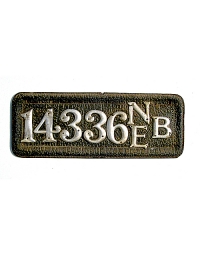 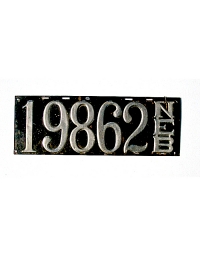 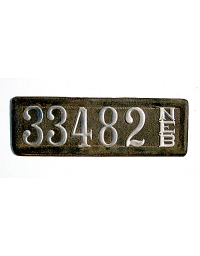 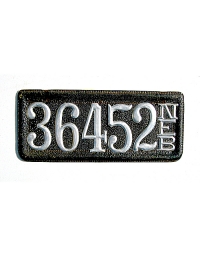 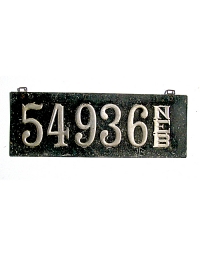 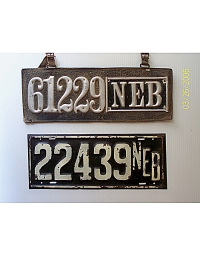 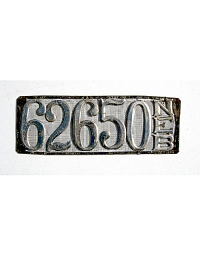